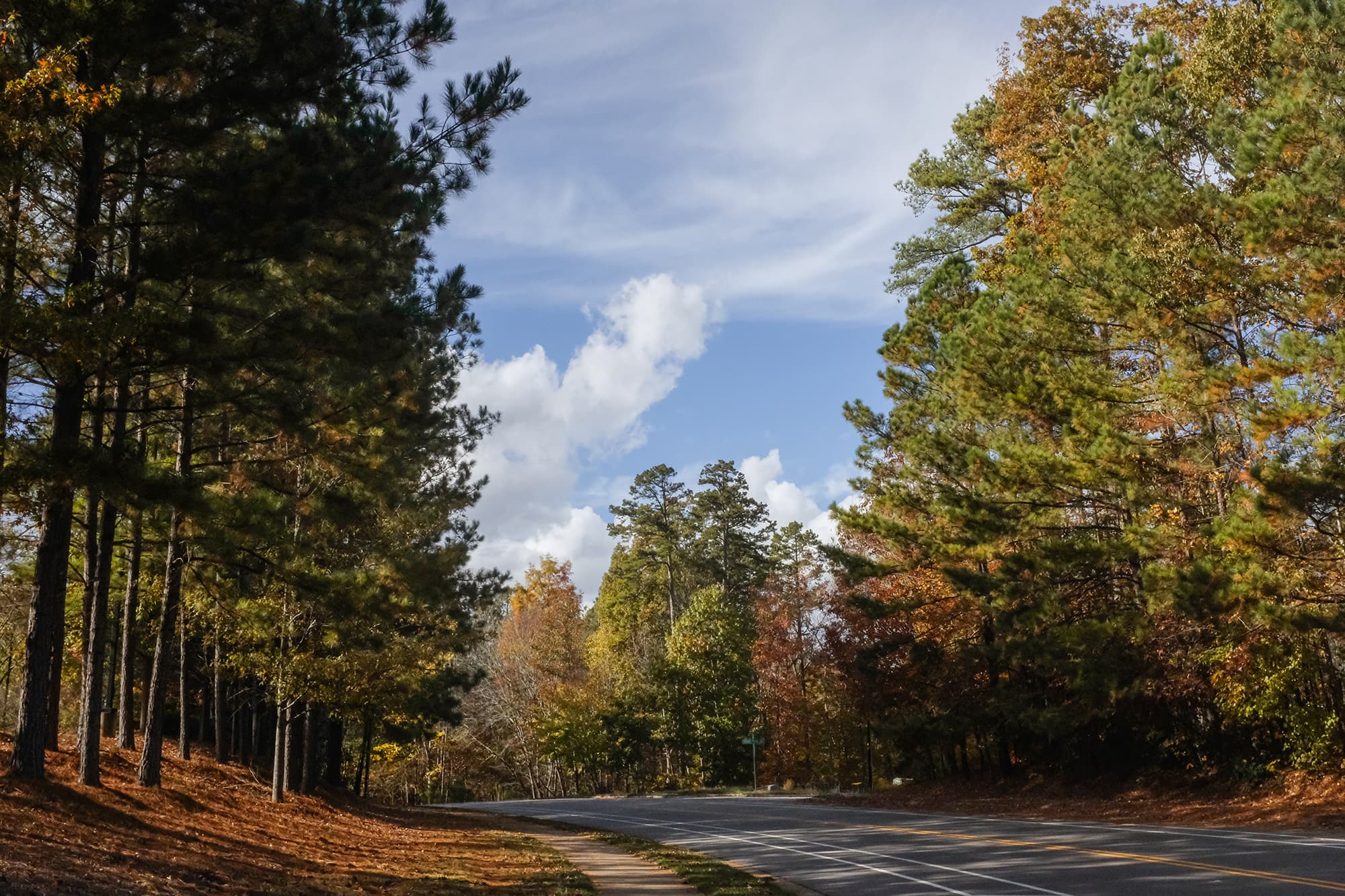 2022 was supposed to be a quiet year; a year of settling in after last year’s big move and new job, not to mention the remaining lingering pandemic. Professionally, it was indeed a year for deepening in favor of the new but that was complicated by a series of personal changes in the second half of 2022 when we welcomed our second child and bought a home here in Raleigh. The end of the summer was spent preparing for the baby and coordinating contractors for a remodel before we moved in. The timing worked perfectly: we moved into our new house and three weeks later, we brought home a new baby. Needless to say, it’s been a good year.

It’s hard to believe but I’m already in my second year as an assistant professor at North Carolina State University. The year began with the Spring semester where I introduced and wrote a new class called “Publication and Distribution.” The class operated as a sorta-hybrid seminar and studio where we spent a lot of time reading about the histories, theories, and futures of publishing while also enacting these ideas through experimental projects. I brought in a handful of guests (via Zoom) like Paul Soulellis, Sara de Bondt, and Andrew LeClair to speak about their practices and thinking. The class was a blast (for me, at least) and built upon a lot of the thinking and work I’ve been doing the last few years. It was a nice space to test some ideas and get a group of smart students together to work through them. I’m teaching it again this Spring and am excited for round two.

At the beginning of December, I stepped away from my role as contributing editor at Eye on Design. What started as a three month contract in 2020 turned into a two and half year engagement that proved to be one of the most intellectually stimulating activities of my recent professional life. I am forever grateful to my colleagues there — Liz Stinson, Meg Miller, Maddy Morley, and Zac Petit — all of whom made me a better editor and a better writer. This year, I got to commission, edit, and publish a variety of stories, essays, and interviews like Rick Poynor’s piece on Ed Fella, Nika Simovich Fisher’s essay on early 2000s web design, George Kafka’s look at online exhibitions, Saha Hammari’s personal essay on how social media changed design, Rachel Berger’s look at John Updike’s cover designs, Jacquelyn Orgorchukwu Iyamah’s look at white bias in interface design, among others. Eye on Design has one more project I’m involved with — that I spent the most of my time on these last few months — but let’s not talk about that until next year. :)

As for my own writing, I published two major essays on Eye on Design this year including the AIGA Medalist biography for this year’s winner Andrew Blauvelt and a long exploration on the intersections of cults and branding. Both of these were fun to work on and related to so many of my interests. The cult piece, especially, was one I’d been thinking about for years and it was nice to finally get that out in the world. The biography of Blauvelt, too, was special. Blauvelt is a figure who means a lot to me and has served as model of sorts for the kind of career in design I want to have. To tell his story — and in a subtle way, frame it within my own interests — was a fascinating writing challenge. Additionally, I published a handful of interview on Eye on Design this year including with Sara de Bondt about Belgian graphic design, Kevin Finn about the the Australian design journal Open Manifesto, and designer Morgan Crowcroft-Brown about the art of designing photobooks. Eye on Design also republished my interview with designer and educator Lucille Tenazas about design education that was originally published in 1, 10, 100 Years of Form, Typography, and Interaction at Parsons, the book I edited last year. I also moderated a panel on books and branding for EoD, for one of our online web events, an edited transcript of which we republished this fall.

One of my goals for the year was to do more writing elsewhere, for different publications and with different audiences. For Fast Company, I wrote about the best design books of 2022 which was a fun list to put together. I published two book reviews in academic journals: I wrote about The Auto-Ethnographic Turn in Design for Design and Culture in the Spring and After the Bauhaus, Before the Internet: A History of Graphic Design Pedagogy for the Journal of Design History in the Fall. It’s not published yet, but I wrote about the book Graphic Events for Eye Magazine — my first piece with them! — that’ll be out in the next issue. Finally, I was honored to write the foreword for Mitch Goldstein’s excellent new book, How to be a Design Student (And How to Teach Them), due out in March from Princeton Architectural Press. Having a small part of this wonderful new book is a true treat.

I’m continuing to try to use this blog to work out ideas in public, often before they become bigger essays or commissioned pieces. This year, I wrote about Robert A.M. Stern’s memoir as a lens to think about theory and practice, the role of design journalism, why Elon Musk buying Twitter won’t help it become a public square, an anime about the architecture of Roman and Japanese bathhouses, watching HBO’s The Staircase adaptation as meditation on storytelling, appreciating Robert Caro’s prose, reframing design as cultural invention, and the vapidity of design PR.

Scratching the Surface continues to chug along; the conversations I have on the show are central to my practice and thinking. This year, I took the summer off for the first time which was a nice break and helped me find my interest in the show again. I released nineteen episodes this year with designers, architects, curators, novelists, artists, filmmakers, and other people who do work I’m fascinated by. I already have a few episodes recorded or scheduled for next year that I am very excited about.

I’m in the middle of working on a big design project right now, my only one this year! It’s a mix of publishing, editorial design, and branding — in other words, exactly the kind of work I love doing the most. I’m hoping that’ll wrap up early next year and itching to do more design work next year.

I gave a series of presentations this year, all revolving around my research into graphic design and publishing, once at the Royal College of Art and again at the University of Brighton (both virtual). It’s interesting to give a talk multiple times, thinking about tailoring it to different audiences and contexts, continually refining it. I also led a virtual workshop on modular typography for the American University at Sharjah and was honored to return to my alma mater, Maryland Institute College of Art, as a guest thesis critic.

Lastly, I joined the steering committee of the AIGA Design Educators Community this summer and am excited to dig into the work they are doing and think through ideas of publishing, writing, and research with that group of educators.

With no moves, new jobs, and new children planned, I’m excited to continue explore our new(-ish) city and neighborhood and community. There is, as always, more work to do on the house and I’m excited to build a much bigger garden than I was able to have at our last place.

The first phase of my work as this year’s Latham Fellow at the Institute of Design at Illinois Tech will launch in the first few months of the year, with more work coming later in the Spring. I’m excited to share this work and more about my thinking in the coming months.

I’d like to continue to try to write for more places with more audiences. I want to continue building on the design writing I’ve been doing and experiment with writing outside of a design context. (I’d also like to write for myself again — I’m hoping this blog can be more active than it has been the last few years.) I also have a possible book project that I’d like to begin working on in earnest next year.

I want to continue to refine my thinking on graphic design as publishing (in class form and in the talk I’ve been giving). I’d like to turn that into a paper and hope I can deliver a version of it elsewhere this year.

I’d like to continue to pick up client work where it makes sense and when the opportunities arise. I’m fortunate to be able to be selective about the design projects I do and love working with smart people on interesting projects. If you want to work together, let’s talk.

Finally, I’d like to spend some time on personal projects again. Here’s hoping this year affords a bit more space for me to make things just because I want to. I have ideas.

Thank you, always, for your support. Wishing you much happiness and love in 2023.