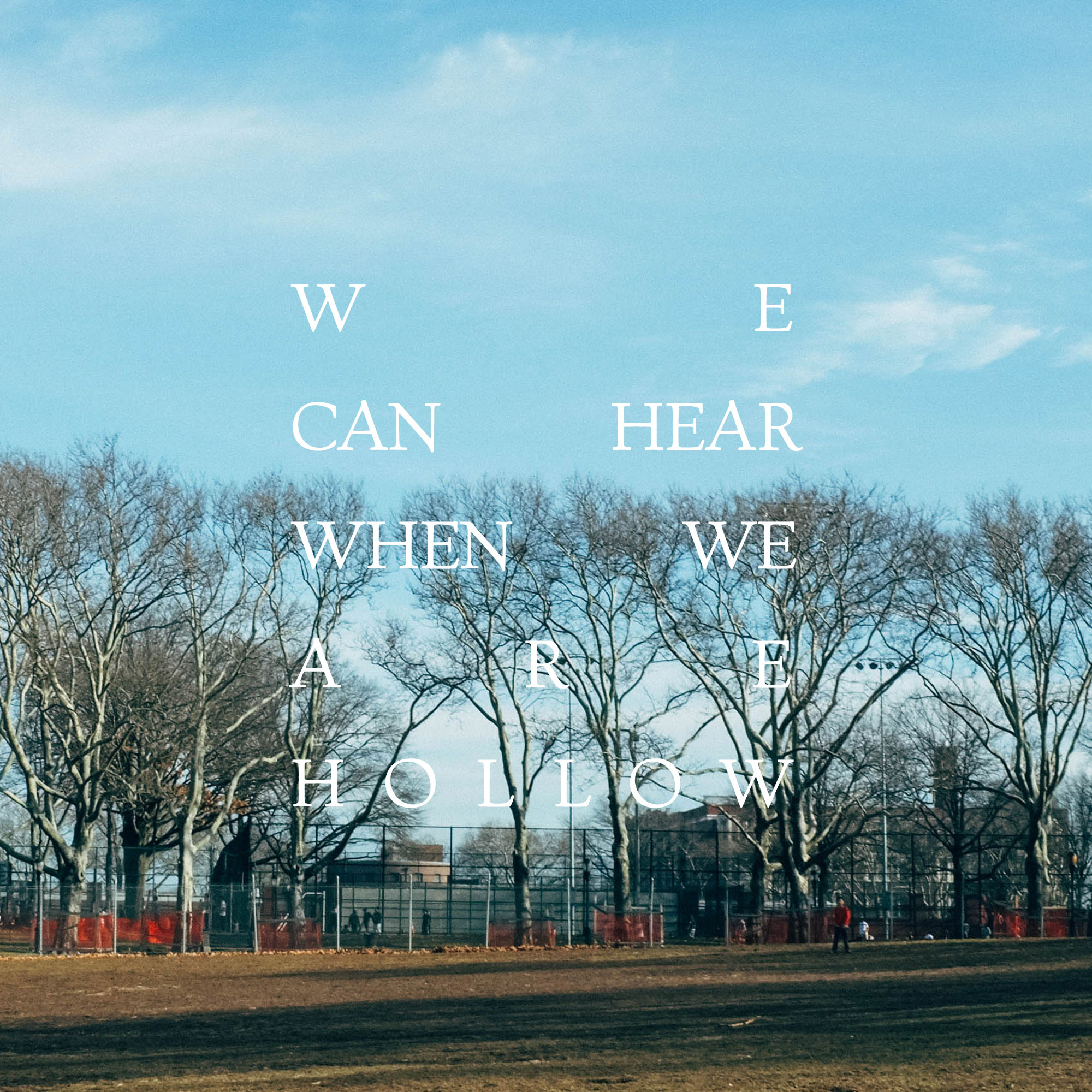 We Can Hear When We Are Hollow

It’s a snow day. Classes are cancelled and I’ve got a new playlist I’ve been listening to for the last few weeks that I thought I’d share. It’s called We Can Hear When We Are Hollow1. You can listen to it on Spotify

I’ve been playlists for as long as I can remember — back when we called them mixtapes and we recorded them on cassette — but I really got into it fifteen years ago or so when we got our first computer with a CD burner and I’d compile my favorite songs and share them with friends. My playlist making only go more obsessive when I got an iPod and then later used streaming services like Rdio (RIP) and Spotify. I’d fallen out of the practice over the last few as I listened to more podcasts and less music. But in the last six months or so, I’ve found myself returning to music. And, in turn, back to making playlists.2

My musical interests are eccentric and diverse and I have formula I’ve developed to pull these songs together. There’s an arc I’m after — usually starting slow, often with an instrumental (or instrumental-driven song). The tracks build, often culminating towards the middle of the playlist with the loudest and most unusual songs before slowing down again. I like including a few ambient tracks to serve as interludes and look for transitions between the beginnings and ends of each song.

This one’s been on repeat for the last few weeks. It captures, I hope, the feeling of the end of winter. You’re over the snow and the cold and the itch for spring begins as new life, ever so subtly, begins to show itself. It’s a collection of some recent favorite songs and some old favorites. It’s been a perfect companion for walking around the city. Enjoy.

Reinier de Graaf on research as design, architecture as a conceptual practice, and his new book