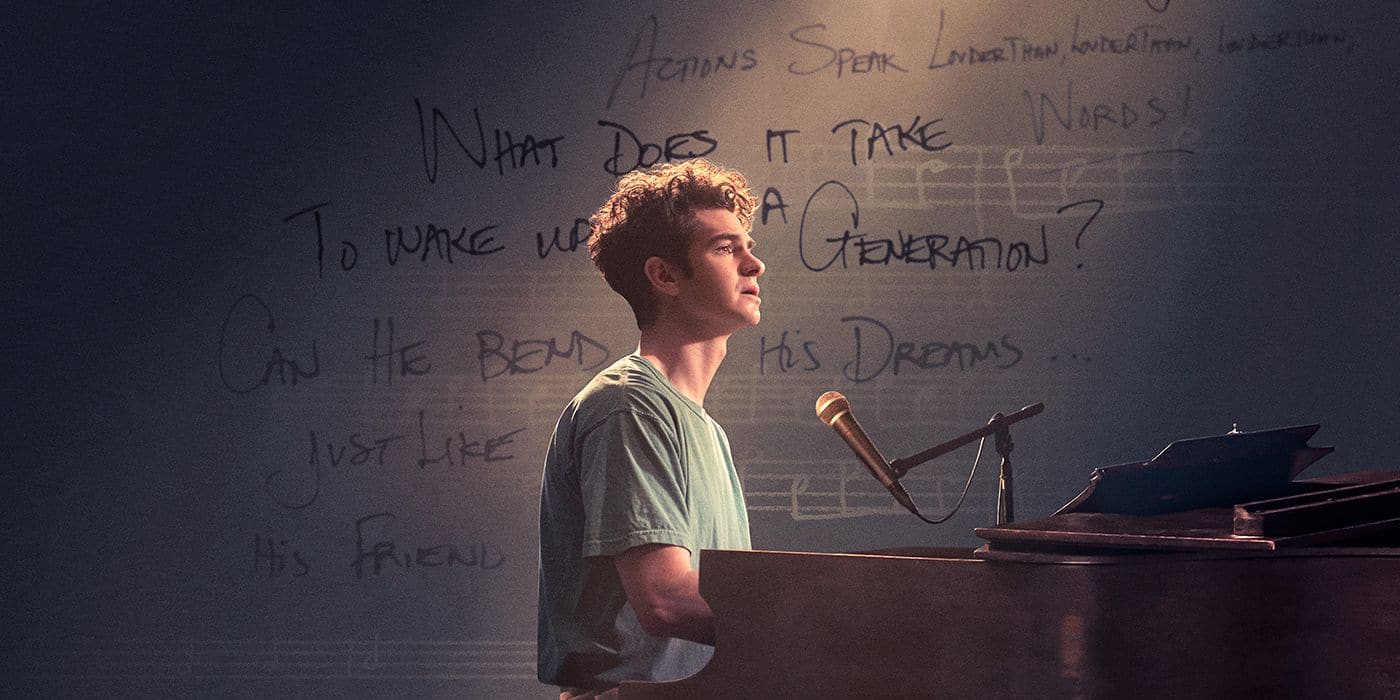 They’ll Tell the Story of Tonight

tick, tick…Boom!, the new Netflix film and directorial debut of Lin-Manuel Miranda, is an adaptation of Jonathan Larson’s small musical-slash-one-man show of the same name. Miranda, of course, is known as the man behind the Broadway success Hamilton and Larson, a prodigy in his own right, is known for writing another Broadway smash hit: Rent. I enjoyed the film, overall: Andrew Garfield embodies Larson perfectly and the ensemble cast does a wonderful job bringing the music (and 1980s bohemian New York) to life.

Unlike Miranda, Larson never saw the success of his Broadway show. He died unexpectedly the night before the first cast reading of an undiagnosed aneurysm at 35. tick, tick…Boom! is a decidedly smaller production than the other work both Miranda and Larson are known for. “tick, tick…Boom!” is an autobiographical show about a character also named Jonathan, who, about to turn thirty, wonders if he’ll ever make it as an artist and musician. The plot follows Jonathan as he tries to stage a complicated and confusing sci-fi musical before entering his new decade, while balancing his work as a waiter at a New York diner. Miranda smartly bounces back and forth between a faux-stage production of the show and scripted interludes that flesh out Larson’s life and process. It’s fast moving, anchored by Larson’s catchy show tunes, while also being intimate and personal, staging one artist’s life against a backdrop of 1980s New York and the AIDS crisis.

Miranda is well documented in his admiration for Larson and for Rent and tick, tick…Boom!is a show that makes sense for Miranda to choose as his directorial debut: it’s a niche Broadway show and Miranda is a product of Broadway. It’s a semi-autobiographic musical and Miranda made a name for himself first with his own semi-autobiographical, In The Heights. It’s a story about art and life, ambition and failure, legacy and death. In other words, it’s what all of Miranda’s work is about.

I’ve always found Miranda’s interested in legacy fascinating. His stories are about people (usually men) with big ambitions and big dreams. (There’s a million things I haven’t done, but just you wait.) They want to be remembered by history. (They’ll tell the story of tonight.) Hamilton is often talked about as a story of America’s founding but I’ve always been drawn to the personal story embedded inside it: the story of an ambitious writer trying to balance work with his young family, of wanting to be remembered in history, sometimes at expense of the present.

The core of Hamilton, in my view, is this verse from Eliza, his new wife, after she tells Alexander that she is pregnant:

This is Hamilton’s core tension and these lines would fit right at home inside tick, tick…Boom! as well. Miranda expands the love story in the film with Susan, Larson’s girlfriend, who gets a job upstate (Another parallel: Hamilton moves uptown!) and wants Jonathan to come with her. He keeps putting off the conversation, putting the work ahead, trying to stage his show. The opening lines of tick, tick…boom! are about the dread of turning thirty while still unable to create art of value: Stop the clock / Take time out / Time to regroup / Before you lose the bout. I’m again reminded of a Hamilton: Why do you write like you’re running out of time?

Miranda’s characters are ambitious, hard-working, creative, and sometimes myopic and Miranda, too, is clearly ambitious. And his work is laced with this rush to produce. His first show, In the Heights, debuted when he was only 27. His output has only increased since Hamilton, writing songs for Disney movies, producing and acting, and other film and music work. Perhaps Miranda is thinking about his legacy too. It’s a narrative I know all too well and is, perhaps, the reason I find Miranda’s body of work so compelling.

“It seems to be that shared sense of determination between Miranda and Larson that makes Miranda’s Tick, Tick…Boom! feel so tender, so affectionate: You’re able to empathize utterly with Larson’s fears of running out of time because Miranda understands them so well,” writes Constance Grady in Vox. “Under Miranda’s direction, the film becomes a tribute to ambition itself, to the panic of being young and talented and striving but not quite getting there yet.”

Five Years and 200 Episodes of Scratching the Surface