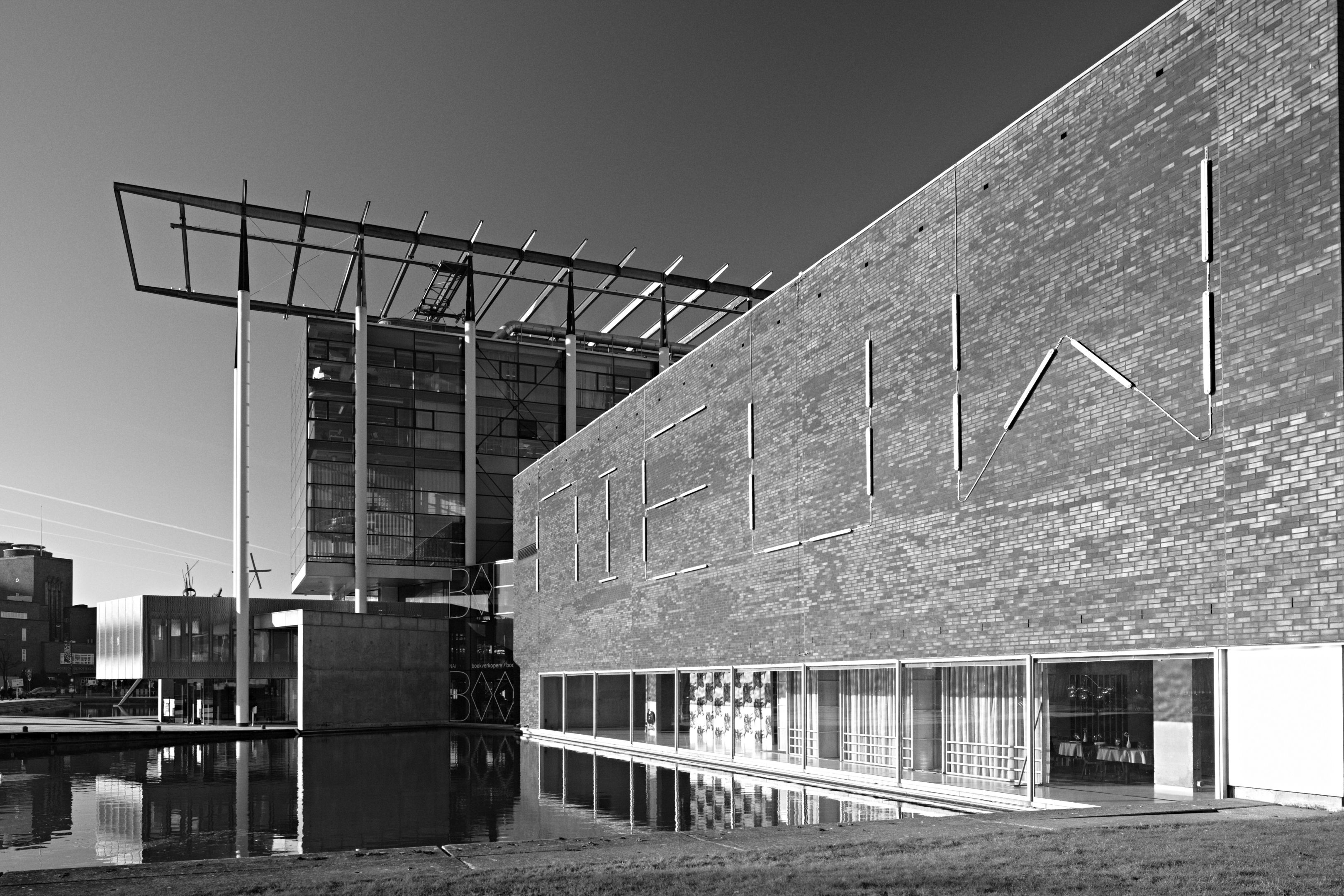 Earlier this year, Rotterdam’s Het Nieuwe Instituut announced Aric Chen as the new general and artistic director, beginning September 1st, taking the reins from founding director Guus Beumer. I’m honored to share a pair of Scratching the Surface episodes, one with Aric and one with Guus, this month that look at both the history and future of the institution as well as larger questions I’m interested in around the intersection of design and administration, institutional design, and multidisciplinary practice.

Listen to my interviews with Aric and Guus here.

Het Nieuwe Instituut (or “The New Institute” in English) was founded a little over eight years ago, the result of a merger between three Dutch cultural institutions: Netherlands Architecture Institute, Premsela Dutch Platform for Design and Fashion, and the Virtual Platform. Beumer, who was then the director of NAI Maastrict and the Marres Center for Contemporary Culture was brought on to oversee the merger, conceive this new institution, and develop its programming and curatorial agenda. Thus The New Institute was born.

The name alone signals an interest in innovation, in the next thing, in the new. Centered around architecture, design, and digital culture, The New Institute is at once a permanent collection, a research center, and a public museum. This polymorphic identity, instead of covered over, was embraced through the architecture and design of the institute itself. The first exhibitions were conceived as temporary structures within the building they were given, suggesting the transience of the merger. The graphic design Maureen Mooren, was brought on as creative director, tasked with not creating a coherent identity system but rather creating a platform for other designers to add too. She commissioned Karel Martens to design the first logo.

At a certain point early on, Guus came to me and said that he would like to work with a lot of designers and not just one company; in a way not to have just one identity. And he asked me if I’d like to lead on making the selection of people to work with and give them guidance…It took me a bit of time to think about it, whether or not it would be interesting for me to do. I’m a maker myself, so what does it mean to guide the work of others? On the other hand, I’ve always felt graphic design was never really represented by a particular institute in the same way other design disciplines have been represented-especially architecture. So, with the ambiguity of Het Nieuwe Instituut’s design remit there was an opportunity here to really make graphic design present.

The expansive bodies the book refers to is, then, design itself. “Does the world really need another hagiographic display of a singular design genius, which blatantly effaces the inherently collaborative nature of design? Or can we really continue with the boosterish sales pitch that design is the solution to all the world’s problems, without interrogating its own role in generating and perpetuating those global problems?” Cormier writes in his introduction, “Het Nieuwe Instituut has consciously avoided these tropes to produce a design agenda that both embraces an expanded idea of what constitutes design, while also acknowledging the inherent conflict within the practice.”

The design silos once firm have become blurry and thus we need to find new ways to talk about design. “Over the years, I have frequently been accused of a presumed lack of a goal-oriented approach for Het Nieuwe Instituut,” Beumer writes in the book. “Behind its many experiments lies a unifying desire to explore whether – and if so, how – a 21st-century institute can fulfill the ambition to make culture, and the design domain in particular, an intrinsic part of a social arena dominated by economic interests.”

Beumer told me in our interview that he never expected this institution to work out, and looking back, I honestly would have agreed with him. But in retrospect, the team at The New Institute were, perhaps, ahead of their time. Perhaps architecture, design, and digital culture are closer together than they’ve ever been. The lines between research and exhibition making smaller than we realize. Over the years, I’ve come to admire the mandate The New Institute set, seeing it as a model for my own practice: blending institutional critique with design, embracing multidisciplinary practice and thinking, reflecting on history while also looking towards the future.

In many ways, I can think of no one better than Aric Chen to take over the institute at this pivotal time in its history. As you’ll hear in my interview with him, his career strangely mirrors the polymorphic approach for The New Institute: he’s work inside institutions and independently, worked for design fairs and on building permanent collections, all around the world.

In this conversation, Aric and I talked — a lot! — about the value of wide research in contrast to deep research that I found helpful and encouraging in my own work. For people who have listened to the show for a while, you might notice a recent interest in talking to curators about curation. I’ve started to think of my own work as one inherently of curation. Whether it’s writing and editing, podcasting, even teaching — the work I’m working is about bringing things together in new ways, either as conversations, stories, or ideas. (I’d love to do more of it, in the traditional sense too, and figure out ways to work with objects in institutions!)

I really enjoyed both of these conversations and especially enjoyed getting to spend so much time thinking through and reading about The New Institute. It’s a singular institution that has ideas I’d like to see more of in the world. At this moment of transition, I’ll be following them closely to see what they do next.

Five Years and 200 Episodes of Scratching the Surface

The Collaboration and Vulnerability of Big Red Machine's New Album