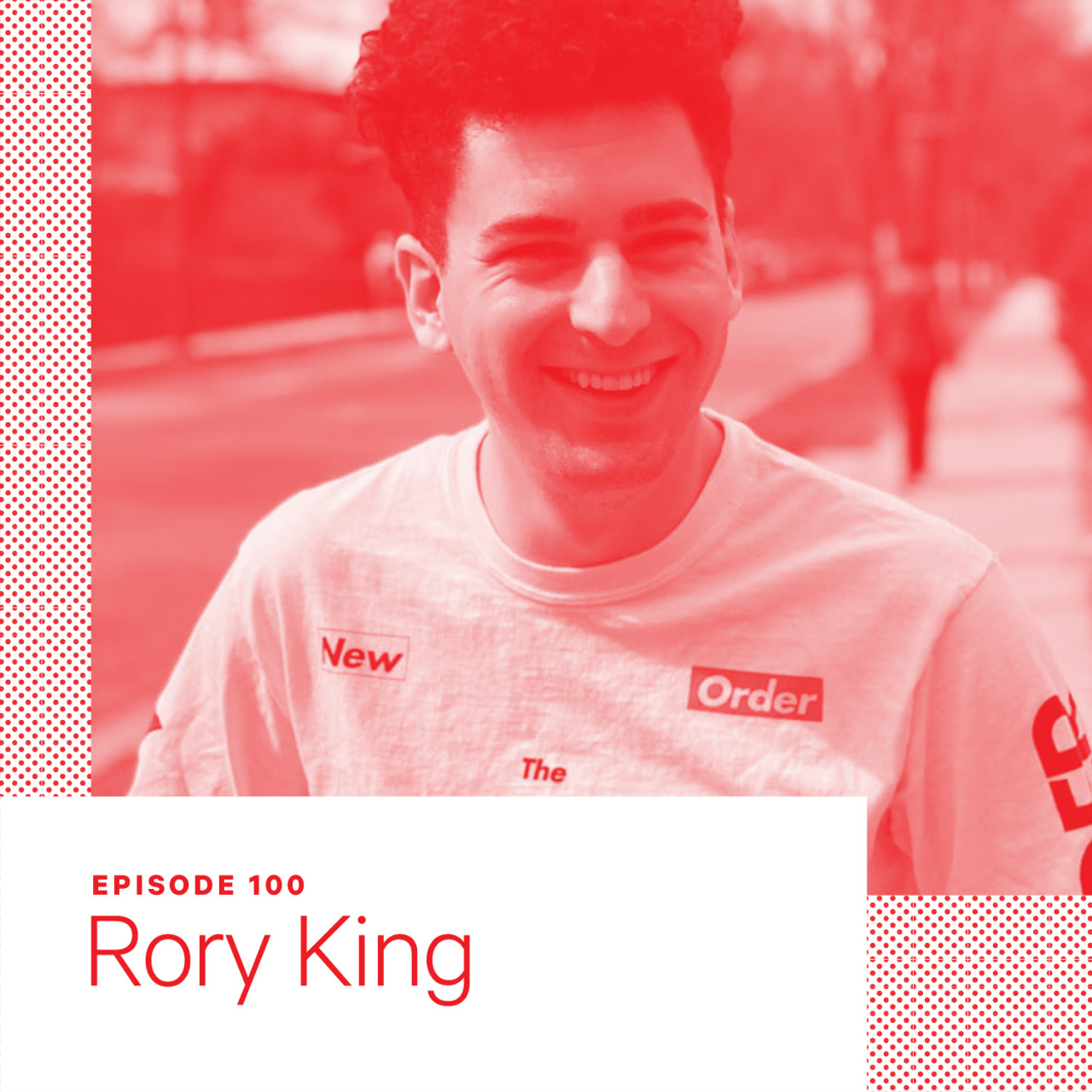 100 episodes of Scratching the Surface, Sway, and a conversation with my good friend Rory King

This week marks the 100th episode of Scratching the Surface — my podcast about design criticism and practice — and to celebrate the milestone, I’m excited to share a special episode with one of my oldest and closest friends Rory King! Rory and I met ten years ago in an introduction to typography class during our sophomore year of college. We couldn’t have been more different: our interests were different, the look of our work was completely opposite, and there was little overlap in the types of design we were interested in doing. Both of us, I think, saw each other as competition. But behind that competition was a mutual respect that eventually turned into multiple collaborations and a now decade-long friendship.

During our junior year, we were in every class together and wanted to try to collaborate on a project. Rory was immersed in DIY culture, producing cassettes for local bands and screen printing t-shirts, and we eventually decided to make an independent zine called Sway. We kept going back and forth on design ideas, content, and format but could never agree on anything and it eventually fizzled out. A few years later, as fresh graduates who suddenly ourselves in separate jobs we weren’t creatively satisfied with and missing the experimentation of our undergraduate experience, we revived Sway as a PDF publication that served as a platform for us to experiment formally. We created tight frameworks through which we had to design within forcing us out of comfort zones and into new kinds of experimentation. As an undergraduate who was obsessed with Swiss modernism, it was the work we were doing on Sway that helped break me out of that rigid style and began the stylistic interests I’m still pursuing today. Sway became an umbrella for us to collaborate, a conduit in which we could try out whatever we were interested in. Over the years, it was a curatorial platform, a back-and-forth blog, and eventually a short-lived conversational podcast where Rory and I would talk about and work through our own evolving design theories. The conversations we were having on Sway are a clear precursor to what would become Scratching the Surface a few years later.

This is what’s so interesting to me about this friendship and both of our work: our careers have gone in wildly different directions, our work is still decidedly different, but we always seem to be asking the same questions around design practice, theory, and process. Regardless of where we are or what we are working on, we can always get into lengthy discussions about what we’re thinking about in design at that moment. Before I went to graduate school, when I was frustrated with my job, unsure why I even liked design, it was conversations with Rory that would remind me why I love this field so much and how to find new ways into it. I hope I’ve done the same for him.

Rory is now a graduate student at Cranbook and has previously worked as a designer at 2x4 and Pratt Institute. So in this episode, Rory and I talk about our own career paths and where they’ve intersected and where they diverge. Part interview, part design theory, part trip down memory lane, this episode looks at our shared history and journeys into design, how our collaborations over the last ten years have fed into the work we’re doing now, as well as Rory’s current work and what is next for him.

Every time I talk to Rory, I leave the conversation inspired, encouraged, and ready to get back to work. I’ve spent the last two years interviewing 99 people who have influenced my own thinking about graphic design, practice, and design criticism but the truth is, I’m not sure anyone has had as big an impact on my practice as Rory has. Those late night conversations over the last decade continue to influence what I’m doing and what I’m thinking about. I can’t think of anyone more fitting than Rory to celebrate 100 episodes with. I hope you enjoy the conversation too; and thanks, as always, for listening.

You can listen to the episode here, or on iTunes, Google Play, Spotify, and Soundcloud. Memberships are available for $5/month or $50/year if you want to support the show. And if you like it, please consider leaving a review on iTunes.

Culture Is Not Always Popular: 15 years of (reading) Design Observer